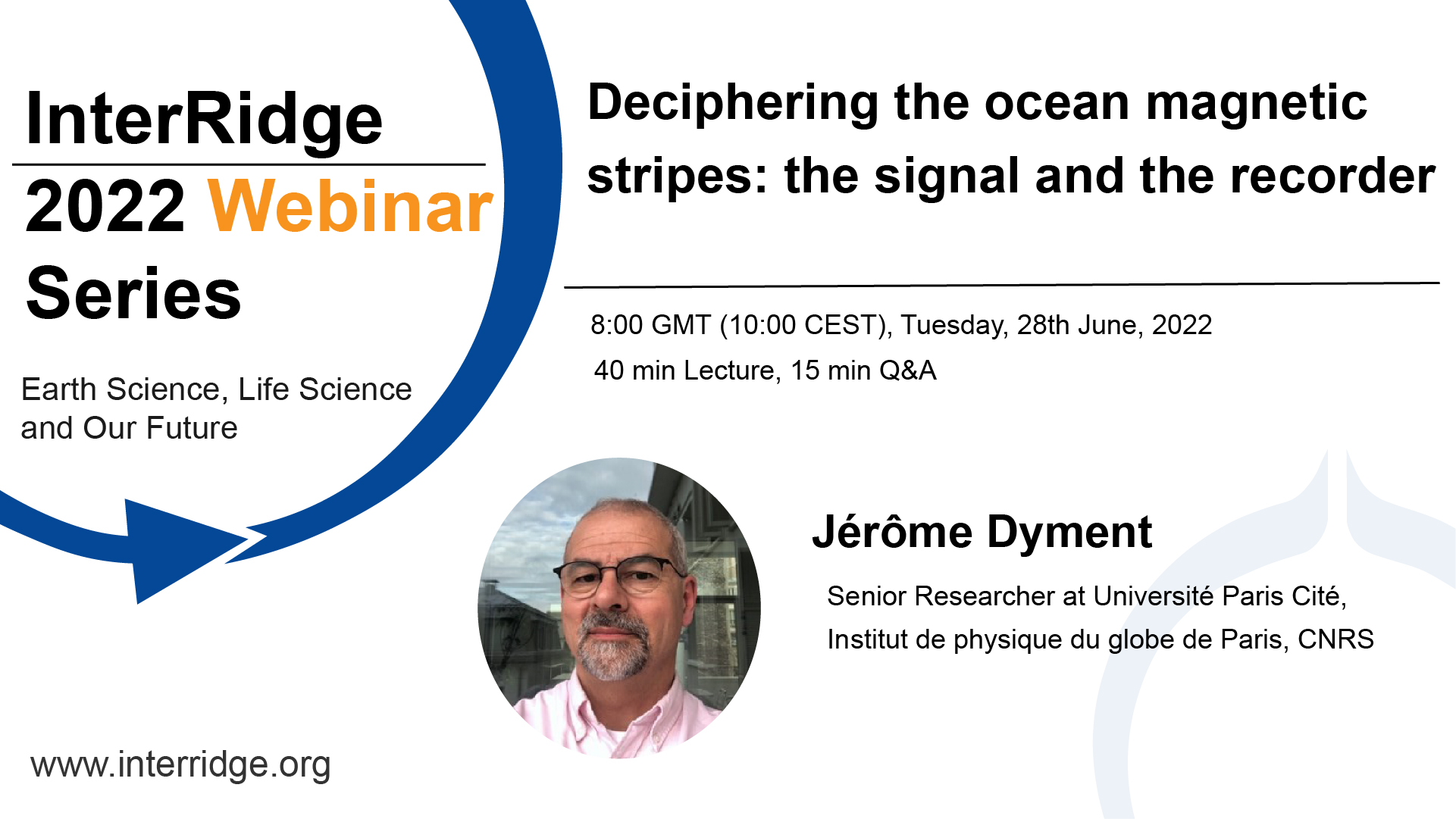 Title: Deciphering the ocean magnetic stripes: the signal and the recorder

Geographical endemism Marine magnetics have been essential in leading the geoscience community to adopt Plate Tectonics as the new paradigm of Earth Sciences in the 1960s. Despite their wide use to date, understand the structure and reconstruct the past evolution of ocean basins, marine magnetic anomalies still have the potential to tell us more about the recorded signal – the main geomagnetic field history of the last 160 Ma – and the recorder – the oceanic crust and possibly the uppermost mantle. We will revisit both aspects in the light of recent works in various tectonic contexts – mid-ocean ridges, oceanic basins, subduction zones and passive margins – to derive a consistent picture of the magnetic structure of the oceanic lithosphere at different steps of its evolution. We will show that mastering both aspects – the recorder and the signal – are essential to properly date the seafloor, with examples from Meso-America, and will insist on the importance of collecting new well-navigated magnetic profiles to supersede those acquired before satellite positioning and increase the resolution of plate reconstructions.

Jerome Dyment is CNRS Senior scientist at Institute de Physique du Globe de Paris, France. His research interest focuses on marine magnetic anomalies, to 1) date and reconstruct the structure and evolution of ocean basins, 2) depict the structure and magnetic properties of the lithosphere and understand active processes at mid-ocean ridges, and 3) refine the history of the geomagnetic field to constrain its mechanisms. Holding an Engineer Degree and a PhD in Geophysics (Strasbourg, resp. 1987 and 1991), he is the author of more than 90 scientific publication, supervised 10 PhD theses, participated 20 scientific cruises (9 as chief scientist), and is or was PI of French and bilateral scientific projects with, for the most recent ones, India, Mauritius, Japan, Korea, and Indonesia. Among various community tasks, he has been the advisor of CNRS Director for marine geosciences (2006-2011), the president of the French committee associated to the International Union of Geodesy and Geophysics (2010-2014), the head of the Marine Geoscience Team of Institute de Physique du Globe de Paris (2013-2016), and Steering Committee member (2001-2010) and the chair (2016-2020) of InterRidge. He is also leading the Task Force appointed by the International Association of Geomagnetism and Aeronomy to build the World Digital Magnetic Anomaly Map.

No.9: Divergence population genetics of deep-sea hydrothermal vent animals and their symbiotic bacteria by Dr. Yong-Jin Won (08:00 GMT, 26th May, 2022)

No.4: Sulfur isotopes as qualitative and potentially quantitative tracers of past microbial activity by Dr. Min Sub Sim (08:00 am GMT, 23rd December, 2021)

By subscribing, I accept the Privacy Policy and consent to the use of the above information for sending InterRidge email updates and newsletters.